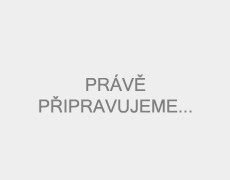 Products cover the complete range of components for intelligent control of the houses. Basic elements are input, output moduls and thats are digital and analog. Modules are available in several variantions. Difference is the number of signals, which can process and the signals level. Intelligence of these modules is ensured by the processors ARM, which provide maximal performance also in the customer challenging applications ( program circle <1ms). Processor modules implement ordinary communication interface ( Ethernet,KNX, RS485, RS232 etc.) with range ordinarily supported protocols (MODBUS, BACnet etc.)

Components use the sizes of moduls, which are standardized for simple location into the ordinary house switchboards. The width of the modul is 1M till 6M (1M = 18mm according to DIN 43880). The height of the modul is 90mm and the depth 63 mm.

Moduls are placed on a slat DIN and they are connected each other with help of the universal bus, which is inserted into the slat DIN. The bus ensures power individual moduls including data communication among them. By this is significantly simplified installation, because the individual moduls do not require to their action any secondary wires.

ŘSolution supports the implementation of the application logic straight into individual moduls ( for example: input/output moduls). Thanks to this the individual control functions are autonomous and independent on running of the different moduls, including the central units.

Moduls process their application logic independently on the rest of the system. Turning on of the light with help of the switch placed on the wall can be actually solved only on level of the application logic of the single modul to which is the light physically connected.

For majority of the basic requirements , the system do not require the knowledge of the programming. Supplied software was from the beginning created with target so that all actions with bringing the system into working was possible to carry out with help of the configuration options and parameterisation. To serve the simple intuitive user interface, which is possible to use without retriction also from the mobile devices. In case of the necessity is available the development studio, in which is possible to create also the specific customer requirements. Supported are the platforms Apple iOS, Google Android and PC.